Front end frameworks have been around for a while now and a quick search will return a myriad of different examples, all of which seem to offer very similar advantages to both developer and end user. I played around with a few examples and settled on Foundation, simply because I managed to get up and running quickly. This is an important point to note given that research time is limited, making fiddling around with any kind of installation an unwanted hassle. Further, as tools and environments move forward it’ll be the simple to install and deploy that will succeed simply because developers want to get playing with the functionality rather than digging into configuration files. 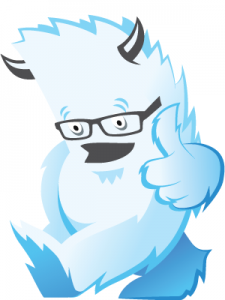 So why a front end framework? The DOM, CSS and JavaScript can be tricky but they’re not exactly difficult concepts to master, and once a half decent code base is in place any developer is going to be able to import any number of different tricks for a project. It could also be argued that any move away from hand coding towards frameworks will devalue the very skills on which the web is grounded, leaving hardcore web development with a handful of Californian startups. I disagree with this school of thought, as time saved on front end will allow developers to indulge their skills in data and content, both of which are now far more important than design. So as web and applications move a towards cleaner and flatter layout, front end frameworks are ideally positioned to development save time whilst providing an awesome experience.

Before moving to a front end framework I’d previously spent a fair portion of my dev time building web front ends in the traditional manner, which meant arranging data in the DOM before styling with CSS and adding functionality with JavaScript. This process is fine, not too difficult, enjoyable and realistically is unlikely to dropped completely as a way of building bespoke web or app front ends any time soon. There are times however when an application just needs to work and look good quickly. It may be that the data becomes the design in its simplicity, the app is mobile specific or just needs to have that clean app look we all fawn over.

My scenario was that I’d developed a data driven application using the Google AdWords API, it’s not public facing so it didn’t need to look and feel amazing but I as a self confessed web fashion victim I wanted it to look like an app in that uncluttered functional way. I installed the Foundation files onto the raw html and managed to get a half decent interface up and running in an hour or so. All of the simple stuff is class based and as that starts to sink in the process becomes almost addictive to work with (I used all of the default CSS settings so can’t comment on the difficulty of overlaying a design onto proceedings). Out of the box everything collapses nicely for different devices, the default menu systems in particular are a pleasure to watch, forms and tables also look good simply with the addition of some basic classes. The documentation is great and there’s a ton of JavaScript add ons to play with.

To conclude. I think I’m converted to the front end framework in certain applications, although hand coding the big three isn’t going anywhere just yet.