Cloud based Photoshop model is a winner

So I work for myself, from home. 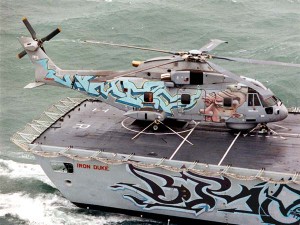 Yes, this looks a bit rubbish now, but back in 2002 I had hours of pleasure playing around with Photoshop!

In the past 12 months I haven’t had much use for image manipulation, in fact with most of my work being concerned with content management and APIs I haven’t needed to play about with any kind of imagery at all.

All that’s about to change after I secured a fair bit of front end development and general website work that’s set to last a few months – hopefully longer!

Even before I start this work I’m going to need to put together some examples of what things could look like, where the various elements are going to sit and how the provided colour swatch will look with various design elements.

I’ve tried using Gimp, the GNU Image manipulation program, several time over the past few years with mixed results. It’s free, installs on various operating systems and as a complete image manipulation tool it’s capable of doing whatever I’d want it to do – if I know how to do it, and here lies the problem.

Which leads us to the Gimp’s Achilles heel. It’s not Photoshop.

I started using Photoshop back in 2000 when I started doing all this web stuff at college. I took to it quite quickly and used it for pretty much everything I was involved with, that would probably have been version 6.

That was fourteen years ago. Fourteen years of knowing the basics, menu layouts, shortcuts, layering and the Adobe way of doing things. As time went on I started using Illustrator and other Adobe packages and they all seemed second nature and whilst college or the workplace was paying for the licences I was happier than a pig in muck.

Fast forward a myriad of different jobs, projects and PS Versions to last week. Struggling to create something in Gimp that would have taken me minutes in Photoshop.

I gave up after an hour and went to the Adobe website expecting to be confronted with an eye watering price for a copy of PS, only to find to my amazement that the pricing structure has changed to a cloud based model (Always the last to know, it’s probably been like this for years!).

So for just under £9 per month (Tax deductible of course) I get to use the very latest copy of Photoshop on my desktop, and there’s a load of other stuff bundled for free too. Adobe Bridge for example which has turned out to be a revelation for hunting through folders of photos, you’ll understand this if you’ve ever tried to look at local images using a Windows OS.

It’s a win for Adobe too as their cloud based model of installation bypasses the need for a .exe file, which goes some way to blowing the cracked copy industry out of the water as usage relies on a paid up account.

So now all I’ve got to do is use the thing and “Bring home the bacon”, as Mandy puts it.