With the demise of the TextDrive Lifetime hosting accounts I needed a new home for my blogs and applications.

On the forums a few people had mentioned Linode as a new home for my digital stuff, their site looked like the sort of place I’d like to be, none of that stupid corporate stuff or impossibly hot technical support girls wearing headsets.

I had decided on a VPS over a traditional hosting model to give myself greater control over my LAMP Stack and so that I could play around with various ditros etc. 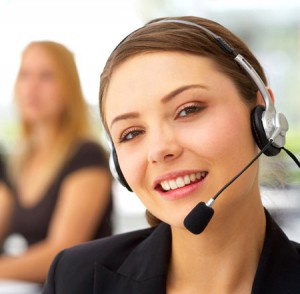 This is about as far from the reality of technical support as you can get.

I did consider Digital Ocean, they’re a little cheaper at entry level and have similar ethos to Linode but I didn’t quite feel that the community was either as large or as current. This was important consideration for me as TextDrive had bizarrely seemed to be more about community than hosting. I obtained a referrer code from a current Linode user via Twitter and signed up (the referrer code will be worth $20 for that user in three months time, if I stick around). If there was a deciding factor it was that Linode can offer a UK based datacentre.

This brings me to the Linode 1Gb plan.

So storage is now longer a consideration? What the hell am I going to do with 50Gb? I gave up running my own email years ago at about the same time I moved my hosted photos over to Flickr, I barely used 1Gb on my old hosting. And what about the 2Tb transfer allowance? In my dreams my websites and apps are going to be so popular that I’m using that kind of bandwidth! It’s nice to have both though, you never know what’s going to happen in the future.

The sign up process was painless and out of the box there’s a decent Dashboard to explore and play around with, everything seems pretty stable and solid. I have a fair bit of experience with SSH and the LAMP Stack so getting things up and running wasn’t too much hassle, maybe just some fiddling around with file permissions but apart from that it’s fairly straightforward. I’ve always found web control panels a little clumsy so didn’t miss them at all whilst administering PHP and MySQL. I decided not to bother installing any afterwards either, SSH is far more fun.

A quick word on the Linode’s awesome technical support. Not only is it lively but the responses are well natured with a sense of humour, way too often the technically minded have an aloof, bored and condescending manner, there seems to be none of this at Linode.

So that’s me now on Linode, which apparently stands for ‘Linux Node’.

The future is certainly looking a little more stable than at TextDrive, at least the servers aren’t going to be shut down, “Sometime soon”.

Also I feel like I’m in good hands, although I’m now back to a paid solution for hosting there is some truth in there being no such thing as a free lunch – I learn’t that one the hard way.